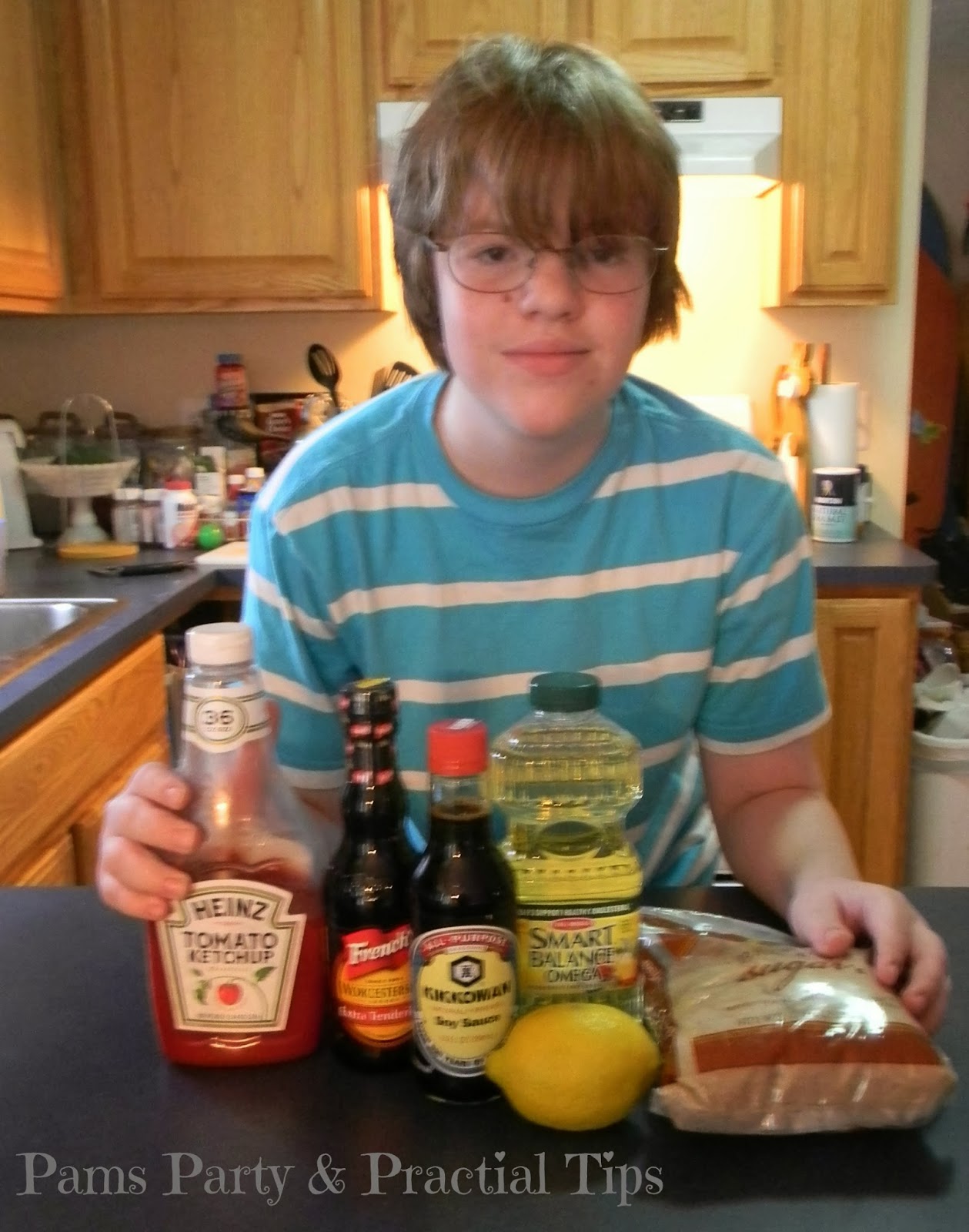 This is my son Kyle.  If you follow my other blog Pam's Party and Practical Tips, or read my first post on this blog (which will soon be on an About Me page),  you will know that he has Aspergers Syndrome.  We were very lucky in how we found out in stages when he was young, and that he has always been able to get any extra help that he has needed along the way.   Things are a bit different now. He doesn't need much help anymore, but at times  things can be difficult for him.

A few days ago we had an interesting conversation.... Out of the blue, he asked me, "Mom, am I disabled?".   I was very surprised that he asked me that.   I posted how I responded to his question  on my personal  Facebook page, and I got such a positive response by family and friends, I know I said something right.  I feel that maybe  I should share it here, in case it could help anyone else with Aspergers  who might be wondering the same thing. 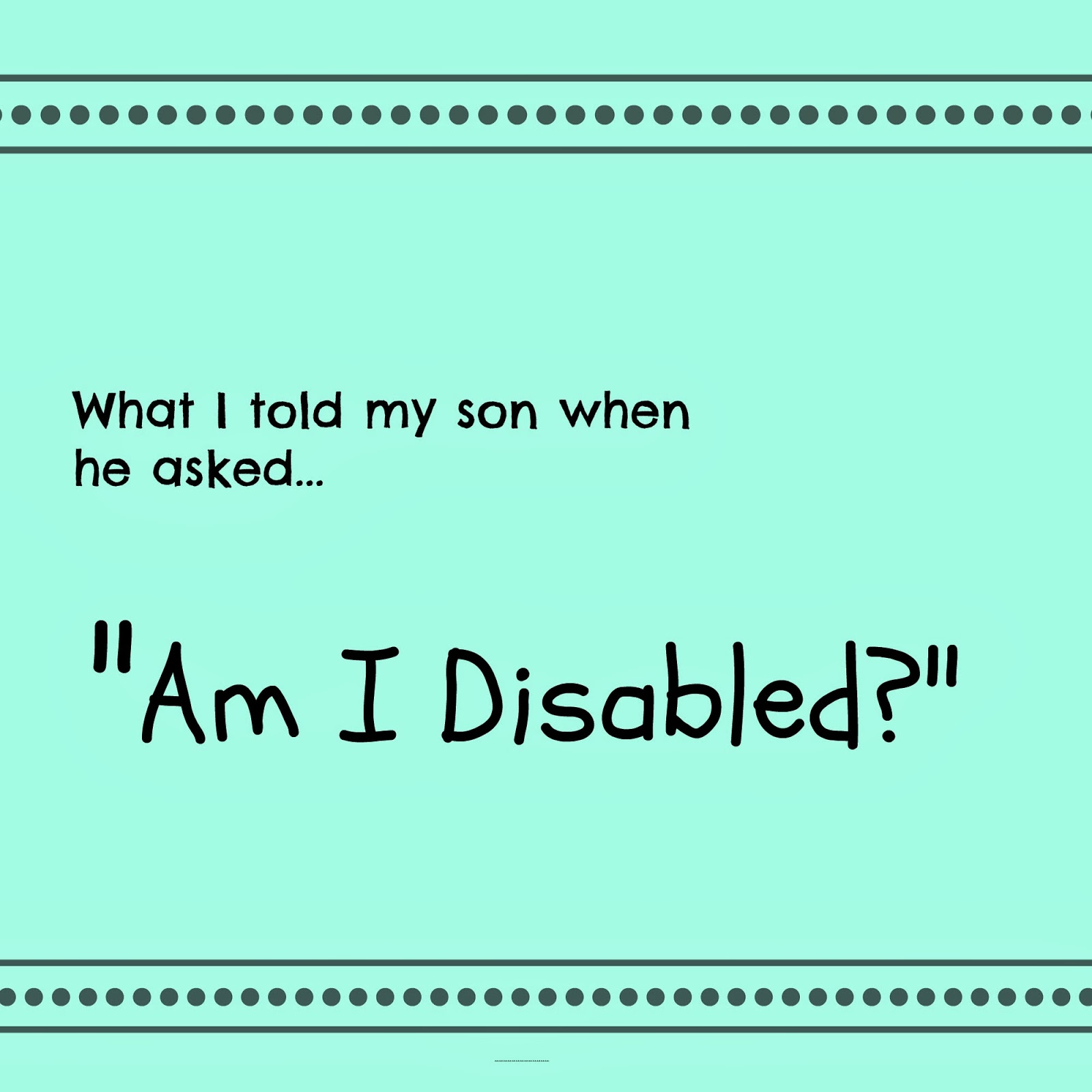 This is what I said to him..

While Aspergers might make things harder for him  sometimes, having it does not make you disabled.  You have the ability to be anything you want to be, and do anything that you want to do.  In fact, Aspergers  gives you special abilities that the average person does not have. He is able to see and understand things in a different way.  He is also one of the most intelligent people that I know, something that will help him throughout life. He has a gift for math, and taught himself how to add and subtract before kindergarten.  He is able to solve complex problems in his head, and is getting As in Algebra 2 as a freshman without even trying.    He also has the ability to stay focused for long periods of time on things that he really enjoys, like video games. This may also help him in life, because he is able to beat almost any game, and is considering being a video game designer.

Then to drive my point home, I opened up a web page that had a list of famous people with Aspergers . Even though I have shown him a list  before, this time he seemed to really listen and understand.  Maybe it's because he is older now, and has learned about most of these people in school. I have to say that we were both very surprised by a few people on the list.   While there is no way to know positively if  some of these historical people had Aspergers, it is "speculated" by basing their known behaviors/mannerisms based on current DSM criteria.

Albert Einstein - Considered to be one of the 20th centuries greatest minds, and one of the most influential scientists of all time

Benjamin Franklin - a founding father, and according to PBS.org, a writer, inventor, businessman, musician, scientist, genius and more..

George Washington - we were surprised by this one!  Not only is he a founding father of our country, he it's very first President

Issac Newton -  a mathematician and physicist who is another extremely influential scientist. Having a daughter in 11th grade Physics, I know his name name well

Thomas Edison - One of the most prolific inventors of all time, and the reason why we enjoy so many modern convenience of today

Mark Twain - A great writer and story teller..  He also happens to be a distant relative

(All three of these modern day extremely successful men, have Asperger traits in common, and are "speculated" to have it.  Even though we do not know for sure, it is not a bad thing to be possibly grouped with them)

Bill Gates - Entrepreneur, philanthropist, founder of Microsoft and richest person in the world.

Steve Jobs- Founder of Apple, and hugely influential in how we communicate today

Mark Zuckerburg - Founder of Facebook, and a billionaire while still in his 20s

We talked about several people who were on the list.  When we were done, I saw him stand a little bit taller, and get a huge smile on his face.  He now  sees that he is in really good company, and capable of many great things. I just hope he remembers his mom when he earns his first billion someday. :)